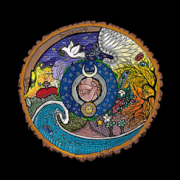 Thanks to Corrie Cabers of Building Faith for sharing this Great Idea!

Corrie shares the story of Rev. David Romanik, Rector of The Episcopal Church of the Heavenly Rest in Abilene, Texas, who developed the idea of blessing the animals – a practice shared by many congregations across denominations on the Feast for St Francis (October 4; generally celebrated the first Sunday in October) – at the zoo.

Ms. Cabes offers suggestions for building on this idea in your own context – and expanding on it to include additional spaces where animals are cared for, such as an aquarium, wildlife sanctuary, or animal shelter.

The write-up even includes a downloadable liturgy from Rev. David Romanik, based on the Episcopal Book of Occasional Services. Other denominations can easily adapt it with a lens to their own liturgical sensibilities – or use, as is.

Gameify It!!!
Scroll to top